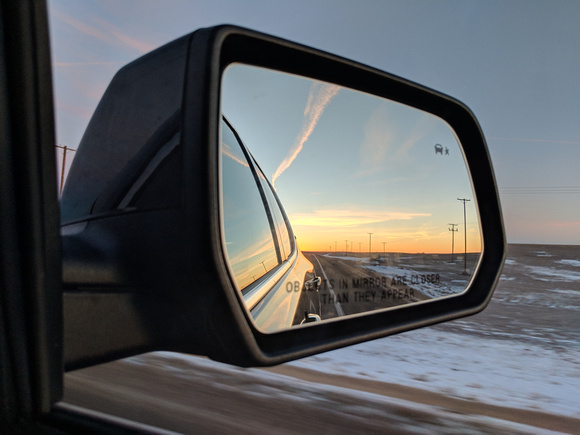 1. My hockey family is amazing. This trip only came to be because of one hockey family, and almost didn't happen because of trades three days before I was supposed to leave. It was saved by another hockey family who changed some of their plans, and rearranged stuff to be able to fit me in. 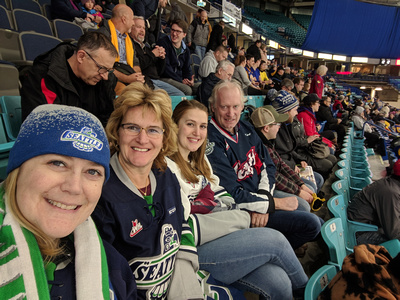 2. It's cold in January in Saskatchewan. Like wearing tons of layers and still feeling like your face is going to fall off kind of cold.  And the crazy thing is, it was actually warm compared to the weather they usually have at that time of year. Seattle is practically tropical after hanging out in -18 F weather (-28 C for my Canadian friends)  Also, if you spend enough time in cold Sask weather, you find yourself thinking that 3 degrees is warm. 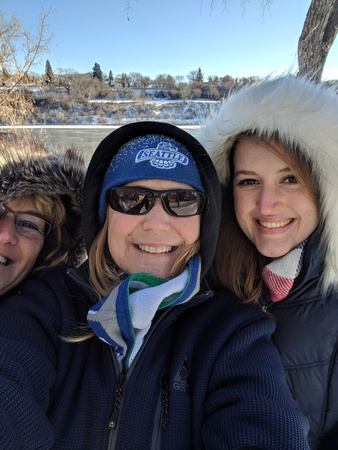 When it's -18 with windchill but you want to see the river.

-18 windchill but we wanted to see the river

3.  Saskatchewan hockey fans are friendly, even when your team wins. The best part is that none of them questioned why I'd come all the way from Seattle to watch my team play. They just seemed to understand.

4. There is a lot of flat land in Sask. Like miles and mile and miles and miles of it. But it's beautiful, and there's something magical about being out in the middle of nowhere with very few people or cars.  Parts reminded me of Northern Idaho where I grew up, with miles of farmland and tiny towns that you may miss if you happen to blink. 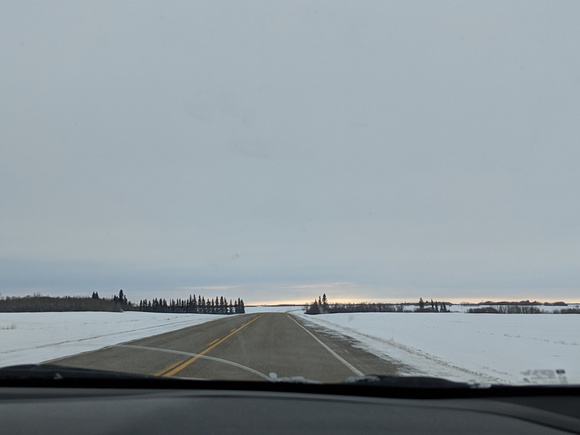 5. A hockey rink is a hockey rink. They come in all shapes and sizes, and they are filled with fans cheering for their teams no matter where you are. But, we are pretty spoiled in our barn with our leg space, elbow room, comfy seats, and warmth. And Seattle fans really are a special breed. I can see why our boys talk about us when they say what they love about playing here. So many of the rinks were half empty, and quiet.  And even if it was full, it was still so quiet. We don't know how to do quiet as fans here in Seattle, and I'm quite proud of that. I also learned that three Seattle fans yelling and whistling for our boys can make quite a bit of noise in a rink like Prince Albert. I'm pretty sure I heard us echoing. Hopefully the boys could hear us too.

Speaking of PA, two things. It's definitely my favorite rink that we went to. It's small and compact, like someone took a regular rink and squished it. The suites are wooden boxes with office chairs. But I loved it. It had a hometown hockey feel to it, an intimate feeling that made it so much fun to be in. The second thing about PA?  The game my boys played there was probably the best one I've ever seen them play. 100 percent of the team gave 110 percent every single shift. They dictated play for the top team in the CHL for the full 60 minutes, and I loved every minute of it.  If we can even come close to replicating that in future games, we can win. A lot. The boys came together and played for each other, and it was a beautiful thing. 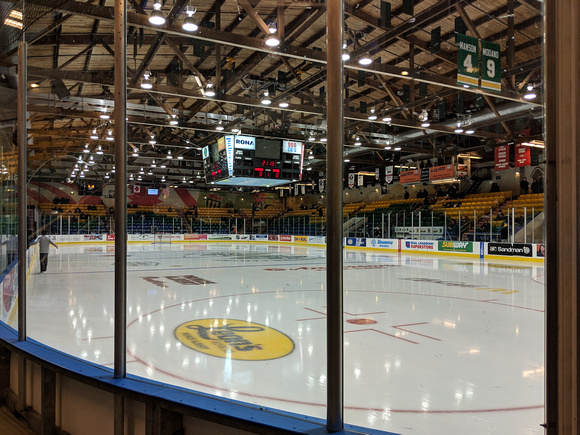 6. I can't believe I am saying this, but cowbells aren't so bad.  Wait, bear with me here. I hate cowbells from going to games in Everett where everyone has one and they ring them non-stop for EVERYTHING.  There were some cowbells at the rinks in Canada, but amazingly enough they didn't make me want to rip my hair out. The owners rang them when their team was announced, scored, or killed a penalty and they rang them at a reasonable level. I was amazed. So I guess it's not that I don't hate cowbells, I just don't hate Canadian cowbells.

7. Eastern teams are surprised at how much we check.  In Moose Jaw the fans behind us were quite upset that we kept "hitting their players." They wanted a penalty every single time, and I didn't have the heart to tell them that the boys were holding back.  I can't imagine what they would think if they watched a Seattle/Everett or Seattle/Portland game.

8.  I love Moose Jaw. It's the cutest little town full of old buildings and history. I was surprised at how much I loved it. We walked around downtown and did the underground tour which was amazing. We stayed at a gorgeous historic hotel as well. The whole experience was fantastic, and I wouldn't mind going back again. 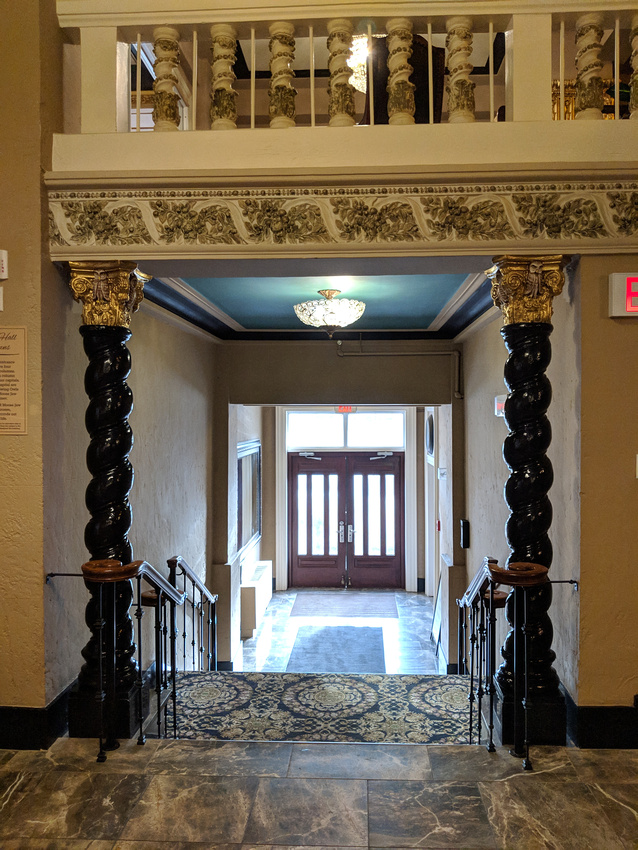 9. Humboldt. We went to visit the site of the bus crash, and there are really no words to describe the feeling. It was an intersection like any other, out in the middle of the Saskatchewan flatlands. It could have been an intersection anywhere in the middle of Canada, or for that matter, the United States. The air was heavy, there was a weight to it.  I could feel the emotion washing over me as we approached it, sadness, grief, love, heartache. We got out of the car, and it was bitterly cold with the wind blowing all around us. It seemed fitting. It was haunting. It was overwhelming. I wanted to get a shovel and dig every one of those tributes out of the snow so that everything that had been left there out of love could be seen by anyone coming through. We waded through snow up to our knees so we could be closer to it, to pay our respects. I wanted to leave something for those lost, for the families, but hadn't brought anything from Seattle. So I left a crystal that I got a couple of days after I lost my dad. I have been carrying it around for 7 months, filling it with strength and love. It felt right to leave it right there with all of the hockey sticks, jerseys and other items left by loved ones. I think that anyone connected to the hockey community, or anyone in general should try to make it out to this site. 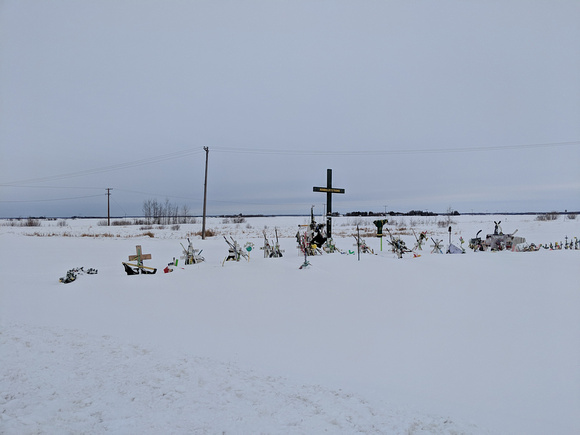 10. Last but not least.  Eight days can be a long time on the road, but with the right people it can be amazing. It's the first time in 7 months that I have laughed more than I've cried, and the closest I've felt to being myself in a long time. I am beyond thankful for the Lees for letting me tag along, and for welcoming me into their family. I am also thankful for the Andrusiaks for inviting me along on the original trip, this never would have happened without them.  We will just have to find another road trip to go on in the future.  This is a trip I will never forget, and I am beyond thankful for my hockey family for making it a reality. 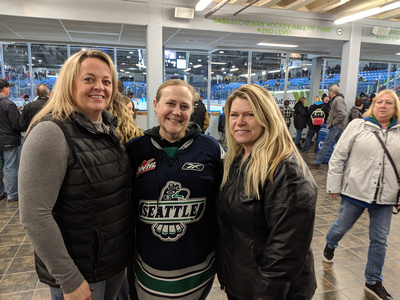 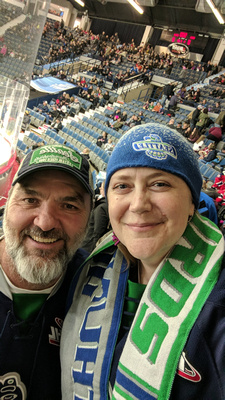 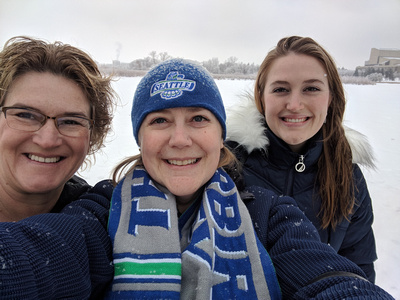 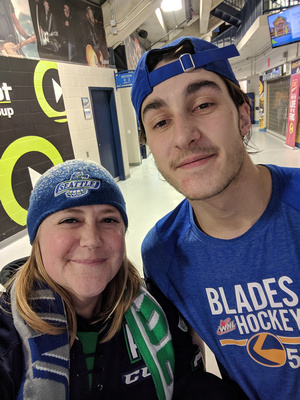 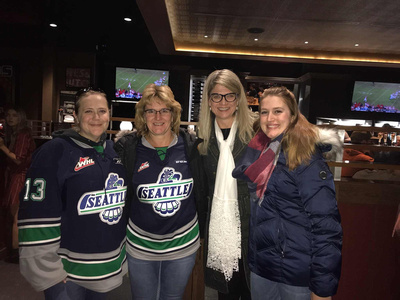